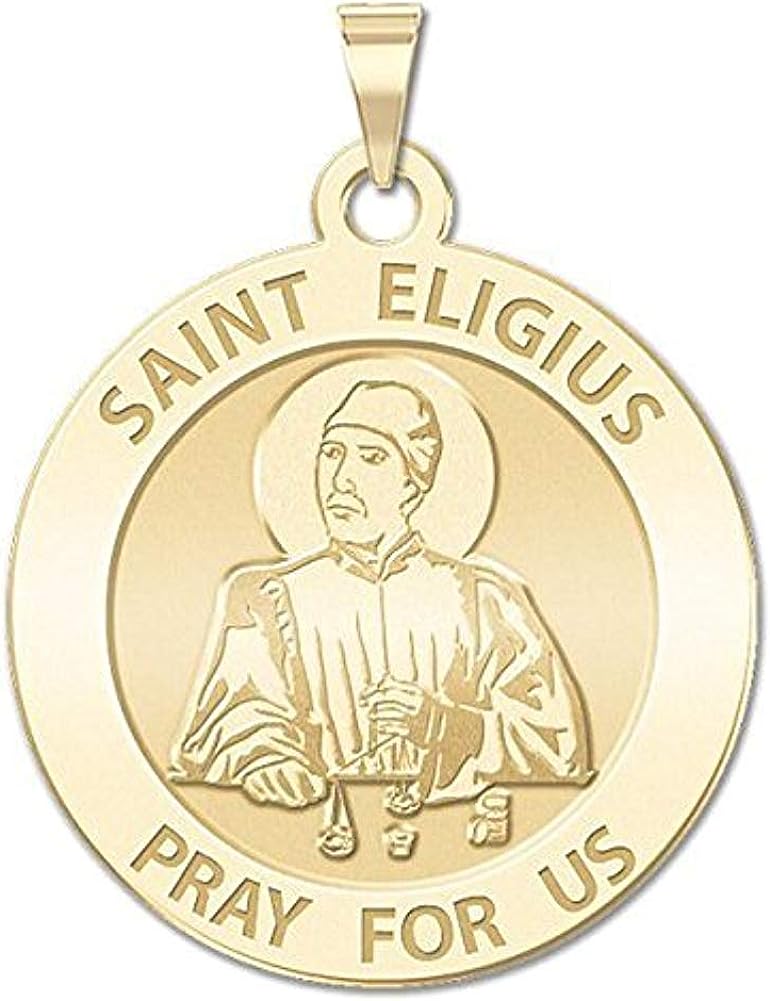 (c. 588 - December 1, 660) is the patron saint of goldsmiths and other metalworkers. He is also the patron saint of the Royal Electrical and Mechanical Engineers (REME), a corps of the British Army, but he is best known for being the patron saint of horses and those who work with them. Eligius was chief counsellor to Dagobert I, Merovingian king of France. Appointed the bishop of Noyon-Tournai three years after the kings death in 642, Eligius worked for twenty years to convert the pagan population of Flanders to Christianity.,1990)